Recently launched, the Anyx Pro offers an uber-simple exterior but harnesses a collection of innovative features beneath the surface.

My first thought about this kit was what made it different from others out there and the longer I used it, the more it became apparent.

Focussing first on its sleek and rather unassuming look, the Anyx Pro emanates a smooth, classic and extremely uncomplicated vibe.

Size-wise it’ll fit perfectly in the palm of your hand and due to its lightweight nature, the Anyx Pro offers an unmatched level of portability.

With a complete lack of buttons, this kit is purely controlled by popping the pod in and out of the device.

I was initially a little confused about how to toggle between the two power modes as this function was not clear to me. 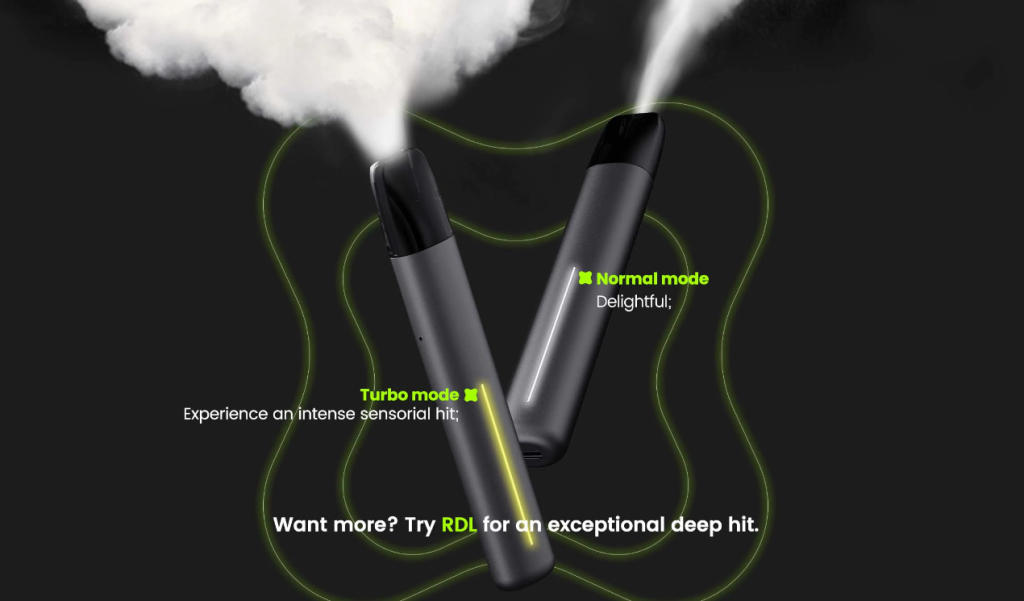 However, after consulting the user manual, I discovered that this is accomplished by quickly removing and replacing the pod three times. I really like this feature and it is something I have never before come across in all my years as a vape reviewer.

The inbuilt 400mAh battery means that you will probably expect to charge this kit once or twice during the day if you are a heavy vaper like me.

As something that is fairly standard on vape kits nowadays, the Anyx Pro uses a USB-C charging port and charging time is extremely fast, usually around the 20 minute mark. You will know exactly when it is time to charge it, as it is indicated by LED lights on the side of the device.

Another innovative feature is the ability to use both pre-filled AND refillable pods, something that will certainly appeal to smokers looking to switch.

The fact that the Anyx Pro can support pre-filled pods takes away the potentially more complicated process of having to refill – especially for new vapers.

With plenty of flavours on offer, there will be something for everyone, including but not limited to, a unique beer flavour, a delicious Dr Pepper flavour as well as a refreshing Sea Salt Lemon, all of which I will take a closer look at shortly.

I’ve been using 20mg nicotine salts and can definitively say that the flavour and hit are both intense and satisfying.

The difference between the Normal Power Mode (7.8W) and the Turbo Power Mode (11.5W) is certainly noticeable and personally I prefer the throat hit offered by Turbo Mode.

I was thoroughly impressed by the collection of subtle, yet effective, features that the Anyx Pro Kit offered.

With a simple, sleek and well-rounded exterior, the inside is what really blew me away.

The fact that the Anyx Pro managed to include power adjustments without the use of buttons as well as the capability to utilise both prefilled and refillable pods was very useful, to say the least.

Due to its easy to operate and satisfying nature, I’d highly recommend this kit for smokers aiming to either quit or cut down on their smoking. 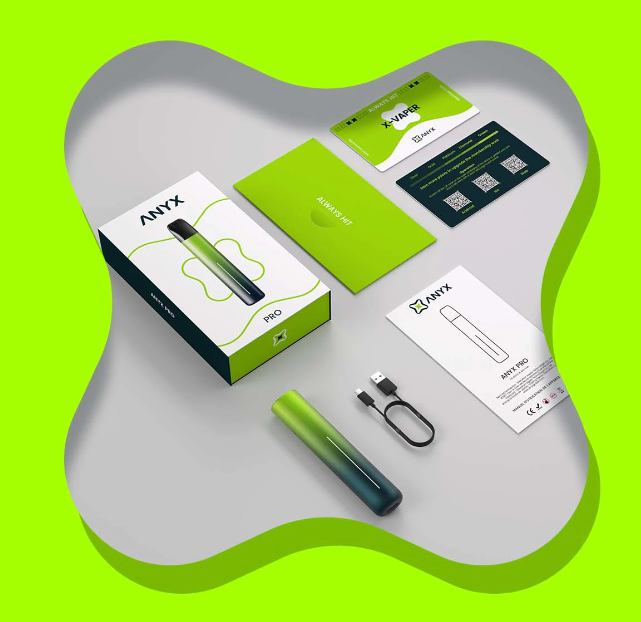 Now, let’s have a quick look at three of the flavours available in the pre-filled pods.

Despite a potentially questionable name, this flavour is actually quite good. Inspired by a fictional brewing company from the Grand Theft Auto games, ‘Pizz Water’ is a scarily accurate beer flavour.

Unlike any other flavour I have tried, this is unmistakable with its soft notes of hops and a well-rounded carbonation that makes it so realistic.

I noticed a subtle but invigorating touch of ice as you exhale, and that added another layer of depth to one of the most unique flavours I have tried so far.

Another evidently impressive flavour, there were adequate amounts of cooling as you begin to exhale.

There are obvious notes of a rather soft effervescence offered by a citrus buzz that reminded me of sherbet lemon boiled sweets.

As the name suggests, there is the unique addition of a subtle saltiness that offsets the lemon perfectly and I was surprised at just how well they bounced off one another.

Definitely my favourite of the bunch, this flavour harnesses the sweet, fizzy and instantly-recognisable taste of a punchy cola-like beverage that you can probably guess by its name.

Including notes of mixed fruits and just a touch of cooling in there, you can certainly expect to feel refreshed when vaping this flavour.

Due to its rather simple set of ingredients, it didn’t come across as too overpowering and was extremely pleasant to vape.

Enjoyed this Anyx Pro kit review? Why not take a look at our other vape hardware and e-liquid reviews by visiting the ‘review‘ section of the Vapouround website.

Why THCP Is Turning into So Fashionable Here is a sale of the popular dotMod dotAIO kit! Get yours…