The following content is a guest post. All content and opinions offered in guest posts are solely those of the author. They do not necessarily represent the views of this site.

Vaping is undeniably superior to smoking in a great many ways, but it does have one drawback in that you can’t use your device at all if its battery is dead. Smoking, on the other hand, doesn’t depend on a battery – all that you need is a way to light your cigarette, and there’s always a lighter or match available in a smoker’s house. If the battery in your vaping device doesn’t last long enough, that’s a serious issue. If you’re new to vaping – and your device spends more time on the charger than it does in your hand – you’ll almost certainly be tempted to revert to smoking.

There are several reasons why the battery in your vaping device might not last as long as you’d like it to, and not all of those reasons are actually controllable. Some of them are, though, and you’re going to learn about all of them as you read this article. Here’s how to make the battery in your vape last longer. Is it time to visit a top vape shop like Cloud City and pick up a new device, or do you just need to change some settings on the device you have? Let’s find out.

Vape at a Lower Wattage

You may have noticed that your vaping device – or the battery for your device, if you have a vape with a removable battery – has a capacity stated in milliampere-hours or mAh. A battery with a capacity of 1,000 mAh, for example, can deliver one amp of power for one hour before it dies.

Now, let’s suppose that you’re using a sub-ohm vape tank with a coil resistance of 0.20 ohm, and you’re running your device at 45 watts. You can use Ohm’s Law to calculate that the coil is pulling a current of 15 amps from your device’s battery. That works out to a total run time of just a few minutes before the battery dies.

Obviously, you puff on your device for only a second or two at a time, so you’re spreading those few minutes out over the course of several hours – but this sheds some light on why your vape battery doesn’t last as long as you’d like. With this in mind, the easiest way to make your vape battery last longer is by reducing the amperage drawn from the battery. There are two ways to do that, and the first is by simply lowering your vape’s wattage setting.

Switch to a More Modern Tank

The second way to make your vape battery last longer is by switching to a vape tank that works efficiently at a lower power level than the tank you’re currently using – thus encouraging you to reduce your device’s wattage even further. One of the most important developments in the world of vape tanks over the past several years is that more tanks than ever are now using mesh coils instead of the solid wound coils that were common in the past. Because mesh coils have very low mass, they can generate impressive vapour clouds even at relatively low wattage settings. Switching to a tank with a mesh coil will help you use your device in a more efficient way, and that’ll help your vape battery last longer.

Use a Single-Coil Atomizer

One of the things that you’ll notice when you shop for a new vape tank is that many tanks have a few different coils available. For instance, a tank might have single-coil, dual-coil and quad-coil atomizers that you can install. The more individual coils an atomizer has, the more vapour you’ll get per puff. The increased vapour production is the result of having a greater heating area, but the increased heating area comes with a drawback in that there’s a greater amount of metal drawing power from your device’s battery. If you want your vape mod’s battery to last longer, try a single-coil atomizer. Having less mass means that the battery doesn’t need to work as hard to power the coil, and that’ll further help to maximise your device’s battery life.

Did you know that a lithium-ion battery always lasts longest if it’s used at a temperature of about 68 degrees Fahrenheit? The hotter the operating environment is, the lower the battery’s effective capacity will be. At a temperature of 86 degrees, for example, a battery effectively loses about 20 percent of its capacity. With that in mind, your vape battery will always last longest if you use your device in a temperature-controlled indoor environment. If you’re the type of person who likes to vape outside, keep your device away from direct sunlight. High temperatures will dramatically reduce the battery life of your vape mod.

If you have a vaping device with a removable battery – and you’re unhappy with the battery’s capacity – it might be worthwhile to consider buying a higher-capacity battery. Lithium-ion chemistry has improved a great deal over the past several years, and today’s 18650 cells offer higher capacities and higher discharge ratings than the batteries of the past. If you haven’t purchased a new battery in a while, you’ll probably find something that offers much better performance than your current battery – and there’s a good chance that your current battery is due for replacement anyway. 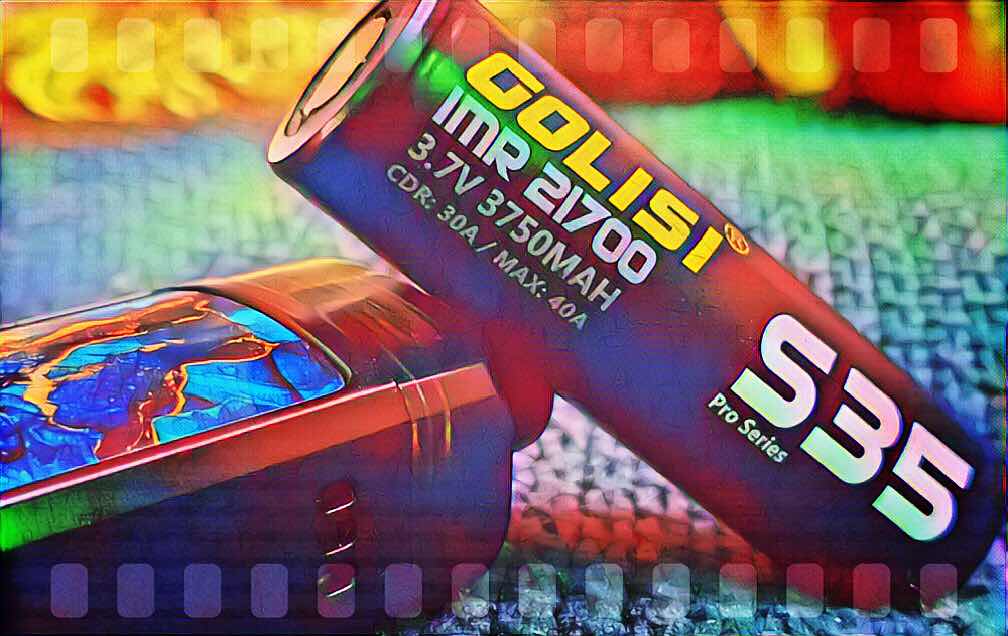 When buying a new vape battery, there are two specifications that you need to understand: the capacity (measured in mAh) and the continuous discharge rating (CDR; measured in amps). The higher a battery’s CDR is, the lower its capacity will be. Your goal is to select a battery that meets your capacity needs while still having a high enough CDR to work safely with your chosen vape tank.

Know How to Identify a Vaping Device That Needs Replacement

If your vaping device has a built-in battery, replacing the battery is unfortunately out of the question. In this case, if your battery doesn’t last as long as you’d like, you need to consider the possibility that it might actually be time to replace the entire device. These are some signs that a vape battery is approaching the end of its life.

If you notice any of these symptoms and have a vaping device with a built-in battery, it’s probably time to replace the device.

If you are interested in having a guest post featured on the blog, then please email me direct to discuss. What’s up vapestas! Just a quick, simple build that will improve your…